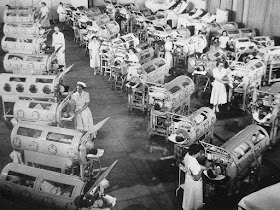 Connie Schultz, in Creators, on what to say (and not say) to someone whose loved one has died by suicide.

Amanda Mull, in The Atlantic, on what Goop really sells.

Richard Conniff, in National Geographic, on the world before vaccines.

[And if you don't follow me on Twitter or Facebook, here's my take on Weight Watcher's new kids Kurbo app and how while Weight Watchers might know kids aren't likely to lose much weight, do the kids?]
Yoni Freedhoff, MD at 5:30 am

So it's back to school time, and zero doubt, many of your kids are going to have teachers and schools who will use candy and junk food as a reward.

I've written before about easy non-junk food rewards for teachers, I've also written about how you might want to approach things with your kids' sugar pushers, and I even kept track one year of just how much junk other people were offering my kids. What was clear from the response to all of these pieces was just how prevalent this problem was, and just how frustrated parents are.

Well as a sign of those times, in the UK, a new charity has popped up called The Rewards Project and its mission is trying to change this common practice. Click through and you'll find some sample letters to send to your child's school (though I think they'd be much better were they to offer some alternatives and suggestions in them and as I wrote about and linked above, lead with praise for the school and its teachers).

All this to say, if there are charities popping up geared at tackling this issue, clearly there's a real appetite out there for change. In turn this suggests - and my experiences with my kids' schools and more would definitely support this notion - that your kids' schools and teachers might be more open to changing things than you might think.

You'll never know unless you try.

(Thanks to Dr. Miriam Berchuk for sending this my way)
Yoni Freedhoff, MD at 5:50 am 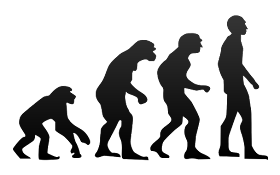 James Steele, in The Evolution Institute, on how evolution best informs exercise.

Jeremy B. White, in The Agenda, on how the food industry may be winning the war against soda taxes.

Sarah Zhang, in The Atlantic, marvels about tick saliva.
Yoni Freedhoff, MD at 5:30 am 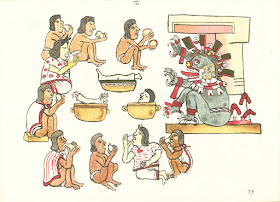 Last week saw the publication of an op-ed authored by Drs. David Ludwig, Cara Ebbeling, and Steven Heymsfield entitled, "Improving the Quality of Dietary Research". In it they discuss the many limitations of dietary research and chart a way forward that includes the following 9 great suggestions,
But there is one recommendation that seems at odds with the rest,


Acknowledge that changes to, or discrepancies in, clinical registries of diet trials are commonplace, and update final analysis plans before unmasking random study group assignments and initiating data analysis.

For those who aren't aware, clinical registries are where researchers document in advance the pre-specified methods and outcomes being studied by way of an observational experiment. The purpose of pre-registration is to reduce the risk of bias, selective reporting, and overt p-hacking that can (and has) occurred in dietary research.

Now to be clear, I'm a clinician, not a researcher, and I'm not sure how commonplace changes to or discrepancies in clinical registries of diet trials are, but I'm also not sure that's an argument in their favour even if they are. I do know that recently two of the authors claiming registry changes are commonplace were found to have modified one of their pre-specified statistical analysis plans which if it had been adhered to, would have rendered their results non-significant.

But commonplace or not, is it good science?

To answer that question I turned to James Heathers, a researcher and self-described "data thug" whose area of interest is methodology (and who you should definitely follow on Twitter), who described the notion of accepting that changes and discrepancies to clinical registries were commonplace was, "deeply silly".

He went on to elaborate as to why,


First of all - the whole definition of a theory is something which sets your expectations. the idea that 'reality is messy' does not interfere with the idea that you have hypothesis driven expectations which are derived from theories.

Second: there is nothing to prevent you saying "WE DID NOT FIND WHAT WE EXPECTED TO FIND" and then *following it* with your insightful exploratory analysis. In fact, that would almost be a better exposition of the facts by definition as you are presenting your expectations as expectations, and your after-the-fact speculations likewise.

Third: if you have a power analysis which determines there is a correct amount of observations necessary to reliably observe an effect, having the freedom to go 'never mind that then' is not a good thing by definition.

Fourth: The fact that changes were made is never ever included in the manuscript. i.e. they are proposing being able to make changes to the protocol in the registry *without* having to say so. it's a 'new plan' rather than a 'changed plan'.

Fifth: If you can still do the original analysis then no-one will ever believe that you didn't change the plan after looking at the data. you have to protect yourself, and the best way to do that is to follow your own damned plans and be realistic from the get.

Lastly, Heathers is unimpressed with the argument that registry changes are A-OK because they're commonplace, and he discussed ancient Aztecan punishments for those citing it.

All this to say, there's plenty of room to improve the quality of dietary research. Here's hoping the bulk of these suggestions are taken to heart, but please don't hold your breath.
Yoni Freedhoff, MD at 5:30 am 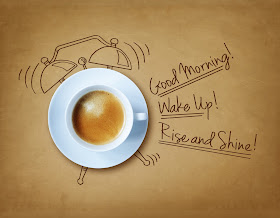 Olga Khazan, in The Atlantic, discusses people like me - cursed to wake up every day before 5:30am.

Mark Lukach, in The Pacific Standard, discusses love in the face of severe mental illness. 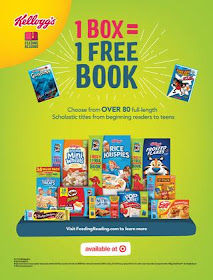 To be clear, neither Random House, nor Kellogg's, should be fairly expected to do the right thing when it comes to health.

So it's hard to get mad with either company for their "Feeding Reading" initiative which provides parents with permission or excuse to buy their children such health foods as:Truly, not a single choice parents or children should be encouraged to make. All ultra-processed, sugary, junk (and some crackers and potato chips).

Again, no reason to expect either Random House or Kellogg's to be doing the right thing by kids, but in my opinion, their clear partnership in doing the wrong thing here certainly doesn't reflect well on either of them.
Yoni Freedhoff, MD at 5:30 am 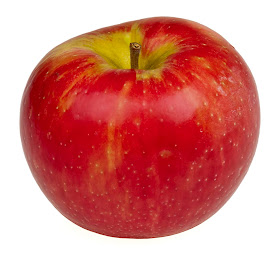 James Hamblin, in The Atlantic, on how fresh apples (and other fruit) are perhaps the only probiotics you should be buying.

Emily Atkin, in The New Republic, explains why even if you believe in the nonsense around healing crystals, you probably shouldn't be buying them.

Sahanika Ratnayake, in Aeon, with some truths about mindfulness.

[And in case you don't follow me on social media, in Medscape this week I ask does the anger, zealotry, and ugliness of the more vocal parts of the low-carb community hinder its wider adoption?]
Yoni Freedhoff, MD at 5:30 am

The Recipe For Aging Gracefully And Adding Life To Your Years 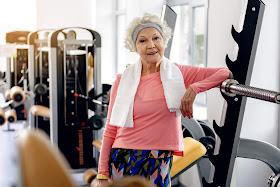 No one wants aging to happen to them, and yet.

While eventually we'll all lose the fight, that doesn't mean we can't go down swinging, and the good news is the recipe for aging without frailty is exceedingly straight forward and was recently spelled out in a systematic review published in the British Journal of General Practice.

The magic formula the 46 included studies pointed to? A mix of regular strength training with regular protein supplementation.

Spelled out a bit further?

20-25 minutes of strength training 4x per week and the purposeful inclusion of protein with every meal and snack (or alternatively, two daily protein supplements providing 25g of protein each).

Though the aforementioned formula won't guarantee a long life, the evidence certainly suggests it'll help to provide a better one adding life to your years if not years to your life.
Yoni Freedhoff, MD at 5:30 am 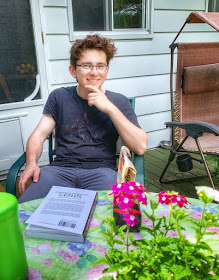 Susie Adelson, in Toronto Life, on throwing her grandmother an assisted suicide party.

Charlene Vacon, in LinkedIn, with a heartbreaking must-read story about her son Archie.
Yoni Freedhoff, MD at 5:30 am
‹
›
Home
View web version