If True, This New Soda Stat is Staggering 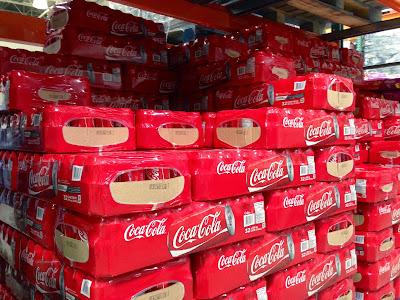 According to this new Gallup poll, nearly 2/3 of Americans aren't drinking any soda whatsoever. Yet according to the soda industry itself, the average American is getting nearly 7% of their total daily calories from soda.

But if 2/3 of Americans don't drink any soda, and if the per capita soda industry reported 7% average is correct, that would suggest that actual soda drinkers are consuming truly insane amounts of the stuff as the 7% average is per capita - which includes in it the 2/3s of Americans who don't drink any of the stuff! Consequently it may well be that among actual soda drinkers the average percentage of calories in their diets coming from soda may be as high as 25%.

Of course there is another very real possibility - maybe those polled are lying about avoiding soda consequent to the hugely negative press on soda and their feeling ashamed to admit they're drinking it. Though even were that true it's always important to remember that per capita consumption data doesn't give you the most useful data when it comes to the consumption of an intrinsically unhealthy product.
Yoni Freedhoff, MD at 5:30 am
‹
›
Home
View web version