The Idiotic Musings of Patrick Luciani on "Fat Taxes" and Obesity 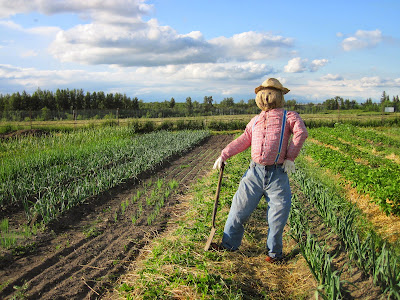 I suppose I need to create a Patrick Luciani blog tag as this is now the third time I've been moved to write about one of his opinion pieces.

Once again he's come out swinging about "fat taxes" suggesting that it's ridiculous to think they'll be the answer to obesity.

I wholeheartedly agree. It is absolutely ridiculous to suggest that "fat taxes" will be the answer to obesity, and nobody other than Luciani is doing so. It's ridiculous because given the complexity Luciani himself ascribes to obesity, there will be no singular intervention that will have a remarkable impact. Complex problems tend not to have simple, singular solutions - it's the, "but that single sandbag won't stop the flood" argument, and truly, that's a breathtakingly stupid argument.

Clearly, the McKinsey Institute, in their report that Luciani cites, understands that single sandbags don't stand a chance, as they promote many sandbags, including soda taxes, in their levee building, obesity fighting, recommendations. Regarding soda taxes specifically, the McKinsey Institute concluded that in the UK alone, soda taxes would save nearly 500,000 disability-adjusted life years (DALYs) at less thane one fifth the cost per DALY when compared with the surgical option that Luciani cites as a presumably sounder choice.

Luciani also waxes on about the regressive nature of a soda tax, but as Andy Bellatti has pointed out, chronic diseases like type 2 diabetes are far more regressive, and really, is it useful or ingenuous to discuss fat taxes as "regressive" when the impact of a 10% soda tax on a person drinking even 1L of the stuff a day would clock in at roughly 8 additional daily cents?

Indeed, a soda tax is just one of many behaviour influencing sandbags, but that said it appears to be a pretty robust looking sandbag - at least in Mexico, but you wouldn't know that from Luciani's screed, because instead of reporting on the actual outcomes of Mexico's newly enacted sugar sweetened beverage tax, he chose instead to opine that by taxing soda the sale of beer in Mexico might rise. Of course had he reported on the actual preliminary Mexican SSB tax results, the data is incredibly positive, whereby in the first four months following the implementation of the tax, there was a 10% decrease in the purchase of sugar sweetened beverages along with a concomitant 13% increase in the purchase of plain water!

Lastly, unlike Luciani, I don't perseverate around obesity as the rationale for discouraging the consumption of sugar sweetened beverages as sodas are no less unhealthy for those without weight than for those with it.

There are genuine worries that Canada's health care system will be unable to cope with the costs of the rising tides of diet and weight related illnesses. Yet when faced with what for example the Canadian Diabetes Association has called, "an economic tsunami", Luciani's only 4 recommendations are for swimming lessons - portion control, parental education, surgery, and weight management programs - interventions that work on a case-by-case basis, and even then, require resources our current medical system simply doesn't possess, and while I'm happy to see those sandbags filled as best we're able, suggesting that they alone will stem the flood is plain idiocy. As that same McKinsey Report that Luciani very clearly cites,


"Education and personal responsibility are critical elements of any program aiming to reduce obesity, but they are not sufficient on their own. Other required interventions rely less on conscious choices by individuals and more on changes to the environment and societal norms. They include reducing default portion sizes, changing marketing practices, and restructuring urban and education environments to facilitate physical activities."

Honestly, I can't fathom Luciani's motivation for sticking to, and recycling, his incredibly, almost unfathomably stupid, guns. Why is anybody's guess. Post-purchase rationalization? Sunk costs? Overt conflict of interest? Or alternatively perhaps it's me and those McKinsey folks who have been drinking some pretty heavy duty Kool-Aid?

(Oh, and please click on Patrick Luciani's post tag down below and you can read more about his various strawmen. Here's hoping he's running out of papers willing to publish them.)
Yoni Freedhoff, MD at 5:30 am
‹
›
Home
View web version