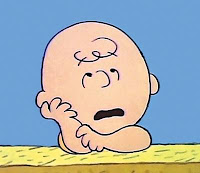 Yesterday the net was abuzz with the news that treating and preventing obesity won't actually save money in the long run because it costs the system more if you live a long life.

Today I imagine it'll be splashed across the newspapers.

The story comes from a paper published in the online Public Library of Science journal that using a mathematical model "proved" that obesity saved health care dollars by killing off its victims before they could incur the health care costs associated with a long life.

You know, working in obesity medicine, I've grown to expect bias, but this story shocked me.

Since when do we measure the benefit of chronic disease treatment in terms of dollars saved?

The papers and stories are basically all telling people not to worry about the costs of obesity because treatment won't in fact cost health care systems more money.

If we're worried about health care dollars, maybe we should stop treating cancer, heart disease, strokes, lupus, appendicitis, and inflammatory bowel disease. Maybe we should stop blood transfusions, dialysis and cardioversions. Let's throw out antibiotics, anti-depressants and anti-rejection drugs. And while we're at it, let's shut down the ambulances, emergency rooms and delivery suites. Because you know what, if we do all of those things, those selfish sick people won't live as long and therefore they won't cost the system so much damn money.

It's only because the disease we're talking about is obesity, that anyone dare suggest that perhaps it's not such a concern because in the end, it won't cripple the health care system because people will die too young for them to truly sink it.

What about the incredible morbidity associated with obesity? The terrible impact on a person's quality of life, both medically and unfortunately in many cases socially? Are those not reasons in and of themselves to pursue every avenue of treatment? How did money enter this equation?

I'm not going to discuss the study in detail because frankly it simply doesn't matter. It doesn't matter because the fact is, I'm a doctor and I'm going to keep treating obesity because it's a chronic medical condition and treating it helps people live healthier longer lives and that's what doctors and the health care system are supposed to do, without question, without hesitation, worrying about the patient and not the bottom line.
Yoni Freedhoff, MD at 5:52 am
‹
›
Home
View web version