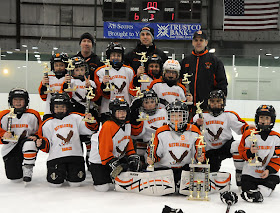 Received an email from my friend, fellow Trench Talker, and bariatric surgeon Dr. Laz Klein. He wanted to share an email he received from the coaches of his 10 year old's hockey team. They were about to head out for a weekend tournament and the coach was requesting that parents chip in to bring some supplies.

What did the coach want brought? Among other things,

Now the good news for this team's parents, with Laz involved they're not going to need to say "No" as his immediate response quashed the plan,


"Thanks for bringing bottled water. Certainly we can also help with that. However, do you think it's reasonable to limit the amount of pop that our kids drink this weekend?

I spend all day telling my patients how this stuff is poison and I really can't turn around and give it to our kids. There really should not be any acceptable time for children to drink this stuff. Juice is not much better. Instead of apple juice have them eat an apple. Gatorade is just pop with better marketing. There's also no acceptable time for adults either but that is a separate matter."

But I'm guessing there are far more hockey tournaments for 10 year olds with buses filled with pop, than there are tournaments where one of the parents is frustrated enough to forcefully and authoritatively say "No"

What's the worst thing your kids were given to eat in the name of organized sport?

[The winner of the $100 gift card draw from yesterday was Cynthia Dunlavy.  Cynthia please email me your mailing address at yonifreedhoff over at that gmail place.  Thanks to everyone who entered and shared their goals.]
Yoni Freedhoff, MD at 5:30 am
‹
›
Home
View web version