Yes, Current Evidence Still Suggests That Replacing Saturated Fat With Unsaturated Fat Is Good For You 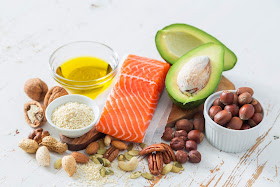 I was somewhat disheartened the other day when in response to my post about the only 48 (I added "Get Vaccinated") words of health advice you'll ever need that there was quite a bit of confusion and pushback about my recommendation to swap unsaturated fat for saturated when you can - some even suggested it must have been a typo. Well, it wasn't a typo, but it seems it's confused people. "Substitute unsaturated fat FOR saturated fat if you can" is the same thing as stating "Replace saturated fats WITH unsaturated fats if you can".

But there were also plenty who read it right, and who were confused because they believe saturated fat is in fact a healthy choice.

Now I know there's been a whole host of diet gurus, once journalists, and TIME magazine covers telling you that saturated fat is good for you, and while I agree that likely it's not nearly as bad for you as the 90s (or me in the early 2000s) would have asserted, and while yes, there are nuances to all of this, the evidence still implicates saturated fat in the genesis and progression of heart disease.

But would you believe Drs. Ludwig and Volek? They're both prominent figures in the low-carb movement (Dr. Ludwig is the lead author on that low-carb diet and increased energy expenditure that dropped last week and the Director of the New Balance Foundation Obesity Prevention Centre at Boston's Children's Hospital, and Dr. Volek is one of the most prolific low carb researchers around and the Founder and Chief Science Officer of Virta Health) and both were contributors to a terrific consensus piece published this week in Science entitled, "Dietary fat: From foe to friend?" (it's full text free right now btw).

The whole piece is worth the read, but in case reading whole pieces isn't your thing, here are their points of consensus with Drs. Willett and Neuhouser (highlight is mine) 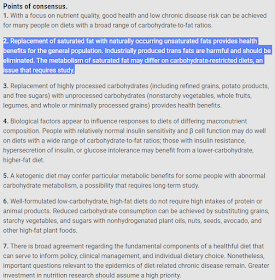