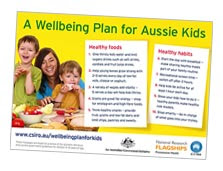 You know that was actually the plan once. Before I finished my residency I had met with some recruiters from Australia and was offered a job doing medicine in rural Australia - then I met my wife.

Today I'm once again itching to move, but today it's simply because Australia is the first country I've come across (there may be more) that has not bowed to Big Food's pressure and has actually gone and done what in Canada and the United States is almost unthinkable.

What have they done?

They've officially recognized fruit juice to be the glass of God sugar that it is.

They've even informed parents that half a glass a day is a maximum!

Contrast that with our god-awful Food Guide that states drinking juice is as good for you as eating fruit.

Here's what Australia's national science agency the CSIRO, the Commonwealth Scientific and Industrial Research Organisation, has to say about juice:

"Fruit juices provide nutrients but almost no fibre so they don’t give the same benefits as eating fresh fruit. Fruit is also more filling than fruit juice. Juices are high in kilojoules and the sugar in fruit juice may play a part in tooth decay. It is recommended that children do not drink more than ½ cup of fruit juice each day."

They've also got some sensible words regarding milk as they are aware that you can actually eat dairy products rather than drink them and have an entire campaign entitled, Give Thirsty Kids Water

Just in case you've forgotten, Happy Corporations....I mean Health Canada includes juice as a serving of fruit (complete with pictorial reference in the Guide) and does not give any maximums on its consumption.

"Make water your beverage of choice. Milk, fortified soy beverages and 100% juice are also healthy options. Make them part of your recommended number of Food Guide Servings per day."

Regarding milk, Health Canada believes it to be a magic food - apparently the only substance on the planet that can provide vitamin D.

That's right Canadians, your Food Guide, part of how we sell food in Canada, and for those who don't remember, a guide officially co-launched by our Secretary of State for Agriculture.

My plans to move however, may be premature as when my just barely 3 year old daughter heard me mention the "Give thirsty kids water" campaign shouted out with great concern,

Guess Health Canada got to her.
Yoni Freedhoff, MD at 5:27 am
‹
›
Home
View web version