Dietitians, the Media, and Conflicts of Interest. 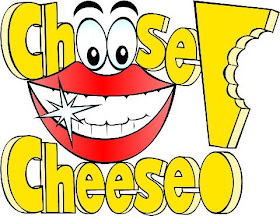 Hope you're enjoying this holiday season! This week is traditionally my blog-cation and so instead of writing new posts, here is a favourite of mine from back in 2009.

According to my friends over at Fooducate, at this week's American Dietetic Association (ADA) conference there was a talk regarding whether or not we can trust industry sponsored nutrition research. The reason that's in question is because sadly right now there are no guidelines in place to help expose conflict of interest in dietetics. It was the absence of such guidelines which led Marion Nestle in 2001 to write a fascinating journal article about how food company sponsorship impacts on the profession's credibility. Ultimately it led Marion to resign her ADA membership. According to Fooducate,the lecture was not a popular one at the ADA conference and was very poorly attended.

Of course it's not just research articles that demonstrate conflicts and bias, we can see non-evidence based industry bias in a far more dangerous place - the mainstream media.


"1. Consumption of all four food groups is far below recommended levels;

2. A significant number of Canadian adults had not consumed any milk and alternatives or any vegetables and fruit on the day prior to the survey.

3. Many Canadian adults report they have barriers to healthy eating.

4. A majority of Canadian adults are not aware of the many health benefits of milk and alternatives and vegetables and fruit including their role in reducing the risk of some cancers, hypertension and other chronic diseases.

5. When made aware of these important health benefits, Canadians report they are motivated to increase their intake of foods from these food groups."

Well last week we covered how milk doesn't appear to actually have a benefit on hypertension and that calcium supplementation alone impacted on cancer risk while dairy might in fact up the risk of prostate cancer and given milk's failure in preventing osteoporotic fracture and in weight loss, I'm not sure what magic milk is meant to do.

Looking at the actual survey the bias is obvious. The only specific questions regarding choices and healthfulness have to do with either "dairy and alternatives" or "fruits and vegetables" and of the 5 conclusions of the press release, 3 directly relate back to dairy (2, 4 & 5). Absent was information regarding the health benefits of whole grains, nuts, legumes or fish.

The thing is I get it. I fully understand why the Dairy Farmers crafted the survey - it was designed to report that Canadians don't drink enough milk; that there are umpteen-million magical "benefits" to milk consumption; that milk's as healthy and important as fruit and vegetables; and that if we just teach people more about unbelievably healthy milk they'll drink more of it, but the question I've got is why do you think the Dietitians of Canada decided to lend their name and credibility to a survey that ignored multiple food groups and is basically a milk advertisement?

Unfortunately the media certainly treated it like more than simply a milk ad and they ran with it prominently featuring DC's involvement. Had the poll simply been one from the Dairy Farmers of Canada I imagine the coverage of the report, if any, would likely have been very different. As well, in this case, the media also oiled the slippery slope of corporate dietetic collaboration by failing to identify quoting dietitian Kathy Furgala's corporate allegiances referring to her instead as a "Toronto-based dietitian". Frankly it was in fact Kathy's quote from the CBC story that got me riled up enough to write this post and explore the survey in the first place. She was quoted as saying,


"For people who say, 'I don't want to worry about the food groups,' just look at your plate, and see if you can't throw in one veggie or some cheese"

Yup, the two most important things you could ever add to your plate if you don't want to "worry about the food groups" - a single vegetable or of course, some cheese.

I'm not sure what's worse. DC signing off on a milk ad disguised as a national eating survey, a dietitian who would give the advice that all your plate needs for your meal to be healthy is one lonely vegetable or a hunk of cheese, or a reporter who chooses to identify that dietitian as a "Toronto area dietitian" while omitting the fact that she's in fact a nutrition educator for the Dairy Farmers of Canada in an article whose focus is on increasing dairy based on the results of a survey paid for by the Dairy Farmers of Canada.

[Oh, and in case you noticed - the survey found that "consumption of all 4 food groups is far below recommended levels". Strange in a country where over 65% are already overweight or obese. Could it be that the recommended levels recommend too much? Tune in tomorrow for more discussion.]