Numbers Aren't Behaviours And They Can't Tell You How You're Doing 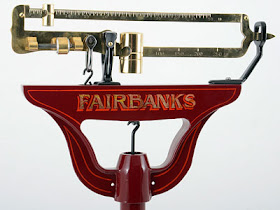 I know I've said this before, but it bears repeating. Whether they're pounds on a scale, seconds on a stopwatch, or grades in school, numbers are not behaviours.

If you're ever curious about how you're doing, those numbers aren't capable of telling you. Sure, the numbers to a degree reflect your efforts and choices, but they aren't in and of themselves those things.

Given what I do day in and day out, I see this most in regard to weight management.

And I tell people, day in and day out, that if they're curious about how they're doing, the answer to that question isn't how much they weigh, how much they've lost, how their clothing fits, how they feel physically, or how they feel mentally. Rather I tell them that if they want to know how they're doing, they have to reflect on what they're actually doing, and whether that's keeping a food diary, minimizing meals out, increasing cooking, securing sleep, reducing liquid calories, whatever their strategies, if they're cultivating consistent change, they're doing well.

That's true with school in terms of going to class, doing your homework, and studying.

It's also true of sports in terms of practice, strength training, consistency, etc.

All this to say, don't confuse numbers with behaviours, and if you're doing all the things, you're doing great, numbers be damned.
Yoni Freedhoff, MD at 5:30 am
‹
›
Home
View web version